The St. Louis Clean Cities works with vehicle fleets, fuel providers, community leaders, and other stakeholders to save energy and promote the use of domestic fuels and advanced vehicle technologies in transportation. 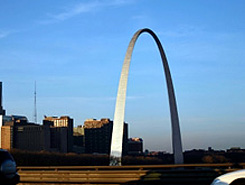 Herdler has been in the automotive field for 39 years and graduated technical school as a diesel technician. He is a veteran of the U.S. Air Force.

In 2011, Herdler was inducted into the Clean Cities Hall of Fame.