The South Shore Clean Cities works with vehicle fleets, fuel providers, community leaders, and other stakeholders to save energy and promote the use of domestic fuels and advanced vehicle technologies in transportation. 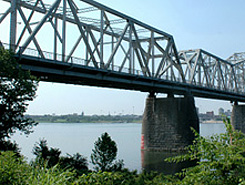 Carl Lisek is the Vice President and co-owner of Legacy Environmental Services, Inc. and has served as Executive Director of South Shore Clean Cities since 2005. Under Lisek’s leadership, South Shore Clean Cities has become the definitive resource in Northern Indiana for cleaner fuels, vehicles and energy-saving transportation technologies that reduce pollution, increase American energy security and strengthen Indiana’s economy. In 2012, South Shore Clean Cities was recognized as having the largest increase in petroleum reduction by the U.S. Department of Energy and for being one of the most vibrant Clean Cities Coalitions in the United States. Lisek is Board Trustee of Transportation Energy Partners, a national non-profit that serves as an umbrella organization for many of the nation’s 100+ Clean Cities coalitions and educates policy makers and others on transportation energy issues. In 2015, Carl and his wife, Lorrie, – who serves as president of Legacy Environmental Services and executive director of Wisconsin Clean Cities – were inducted into the U.S. Department of Energy’s Clean Cities Hall of Fame.