The Eastern Pennsylvania Alliance for Clean Transportation works with vehicle fleets, fuel providers, community leaders, and other stakeholders to save energy and promote the use of domestic fuels and advanced vehicle technologies in transportation. 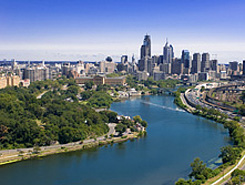 Tony Bandiero was elected to the Board of Directors of the Greater Philadelphia Clean Cities (GPCC) Coalition in 2006, where he served for over 2-1/2 years. In 2009, he was unanimously elected as Executive Director of the GPCC.

In 2013, Bandiero spearheaded the expansion of the coalition from 5 counties in southeastern Pennsylvania to include 29 additional counties of eastern and central Pennsylvania. This was approved by the Department of Energy during a re-designation process. To reflect the expanded territory, the coalition changed its name from GPCC to the Eastern Pennsylvania Alliance for Clean Transportation (EP-ACT). Since becoming Executive Director, he is directly involved in obtaining over $8 million funding for projects that are valued at over $30 million.

Bandiero serves as a board member of the Transportation Energy Partners (TEP), a group that is comprised of Clean Cities Coalitions and industry partners that work on federal policy supporting alternative fuels and the funding for them. He currently serves as President of The Traffic Club of Philadelphia, an organization of over 500 companies that promotes intermodal transportation in and around the Delaware Valley of Pennsylvania.

He is a graduate of Rowan University where he majored in Marketing and Advertising.