The Massachusetts Clean Cities works with vehicle fleets, fuel providers, community leaders, and other stakeholders to save energy and promote the use of domestic fuels and advanced vehicle technologies in transportation. 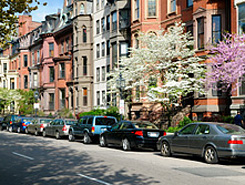 Mike Manning is the director of marketing and business development at Alternative Vehicle Service Group LP (AVSG). AVSG is a Boston-based developer of compressed natural gas (CNG) infrastructure for the six-state New England region. As of October 2009, Manning is also a co-coordinator of the Massachusetts Clean Cities coalition.

Manning has worked in the CNG industry since 1993 when he joined Boston Gas Company. He continued this work through the merger with KeySpan Energy Delivery and then the acquisition by National Grid. During this time, he was involved in the siting and construction of 12 large full-public-access CNG stations as well as 30 smaller-scale, private-access CNG stations across Massachusetts. The development of this infrastructure allowed dozens of fleets throughout the state to deploy CNG vehicles of all types.